Home » Our Blog » Liposuction for Your Face?

Liposuction for Your Face? 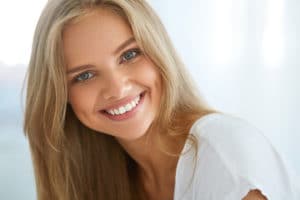 Everyone knows about liposuction on the upper thighs, the abdomen, and the hips. Those are big areas where the surgeon can move the cannula back and forth rather aggressively to break loose and then suction out unwanted fat.

But what about more delicate areas such as the cheeks, chin, and around the neck? Are those areas forever stuck with unwanted pockets of fat, kind of like you may be stuck with your Uncle Vern from Macon during the upcoming holidays?

Not if you let Dr. Beaty perform facial liposuction to remove that unwanted fat!

Fat around the face and neck

Dietary changes and exercise can be effective for slimming down, particularly where there are big muscle groups to fuel fat burning. Areas such as the legs, arms, torso, and the like all feature big muscle groups for power and support. Even in those areas, however, there are certain spots where pockets of fat can be very hard to target. That’s where people use liposuction to remove those pockets.

But those pockets also form in areas under your chin, on your jawline, and on your neck. And they’re even more difficult to target with exercise.

What is facial liposuction?

The concept is the same as for liposuction intended for body contouring. But with facial liposuction, Dr. Beaty inserts a small cannula through a tiny incision placed in an inconspicuous location on the face or neck. He then strategically removes some of this fat to slim the contour of the cheeks, chin, and jawline. For younger patients, the facial liposuction is all that is needed. For older patients, whose skin may have lost some of its elasticity, facial liposuction is often combined with a facelift, brow lift, eyelid surgery, or nose surgery to achieve optimal results.

Is the fat gone for good?

Most people don’t know this, but after we finish puberty humans don’t create many new fat cells. When we gain weight, the fat cells that we have expanded. Liposuction removes fat cells permanently. So, in an area such as the chin or jawline, the fat storage capacity is dramatically reduced by removal of the unwanted fat cells.

Do you have areas around your face and neck that could use liposuction? Call Dr. Beaty at 770-753-0053 and set up a consultation for facial liposuction.