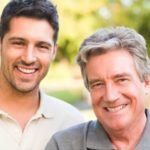 The Rise of Cosmetic Surgery for Men

Our very own Dr. Mark Beaty was featured in a CBS Atlanta new story about the increase in cosmetic surgery for men. In fact, about 20% of Dr. Beaty’s patients are men. “They feel the need to be able to present themselves physically as sharp and as young as they feel mentally,” Dr. Beaty told CBS… Read More »

I am honored to be nominated as a candidate for Regional Director of the American Academy of Facial Plastic and Reconstructive Surgery. Nearing its 50th anniversary, the AAFPRS is the largest organization of facial plastic surgeons in the world. Education and excellence in patient care are the driving forces behind this group, as well as… Read More »