Home » Our Blog » Tired of Being Asked if You’re Tired? Get a Brow Lift.

Tired of Being Asked if You’re Tired? Get a Brow Lift. 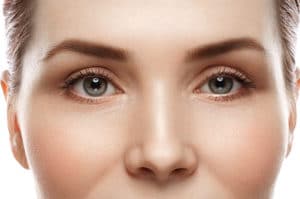 We’re all victims of gravity. Sure it keeps us from flying off into outer space, but it also weighs on us. Across our bodies, the pull of gravity helps make our skin sag and droop. On your brow, drooping can make other people think you’re perpetually tired, mad, or sad.

Put an end to the false impressions with a brow lift from Dr. Beaty.

A brow lift targets the upper third of the face, removing forehead wrinkling, taking the droop out of the eyebrows, and giving a much younger look. Since brow lifts target the upper third of the face, the procedure can be combined with other surgeries such as blepharoplasty (eyelid surgery) and facelifts (which target the middle and lower face) to rejuvenate the entire face.

Who is right for a brow lift?

Sagging brows can simply be a fact of age, or due to your genes. Most of Dr. Beaty’s brow lift patients are between the ages of 40 and 60 and feature lined or inelastic skin on their foreheads.

Do you wonder if a brow lift would help you? Here’s a simple, ultra-low-tech test. Stand in front of the mirror and place the palms of your hands to the sides of your eyes above the eyebrows. Now pull the skin back from the eyes. This raising of the forehead is what the brow lift will do.

Two techniques to fit your situation

Dr. Beaty performs brow lifts with two techniques: the traditional brow lift or the endoscopic brow lift. If possible, he recommends the endoscopic method, as it is less invasive and makes for easier healing, but not all patients are right for this approach. He will discuss both options with you, and together you will decide which is right for you.

With both methods, there will be numbness and discomfort at the incision sites. Numbness will give way to itching as the forehead heals. This usually passes within six months.

Don’t get another question about being tired, unless you are. Call Dr. Beaty at 770-727-1824 and schedule a consultation for a brow lift.