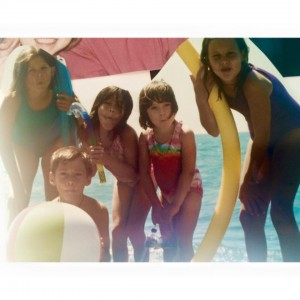 In honor of National Siblings Day, I thought it fitting to write about my dear DNA-sharers. I was only an only child for 14 months of my life until my brother, Zeke, came into the world. My parents tell me that I suggested they name him Norman or Lisa depending on his gender. Obviously, they named him neither (good choice). Other stories include my asking my mom to let our dog, Sam, hold Zeke when he was baby so that my mom could hold me. Seems fair.
Three years later my sister Danielle graced us with her presence. She was the first baby born in that hospital in 1992 (she was born sometime around 2am on January 1st). 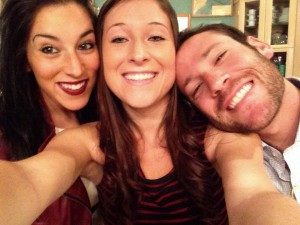 Because we were so close in age, we went thru periods in our childhood of being super best friends and being fierce enemies. I remember fighting mostly with Zeke but I can’t remember why. Now, all three of us are best friends. Zeke is a competitive sailor and works for North Sails, the premier sail manufacturing company in the world. His home base is in Greenwich, Connecticut, but he spends most of his time traveling around the country to participate in regattas. He also coaches sailing at Yale University and spends time at his Alma Mater, College of Charleston in South Carolina. Dani graduated from the University of Central Florida and is now finishing up her Master’s Degree at the Medical University of South Carolina (also in Charleston) to become an Occupational Therapist. She hopes to work mostly with children with developmental delays such as Autism. Needless to say, I could not be prouder of these two humans who I am lucky enough to call my sibs. Happy National Siblings Day! Thank you Mom and Dad for creating my two best friends. 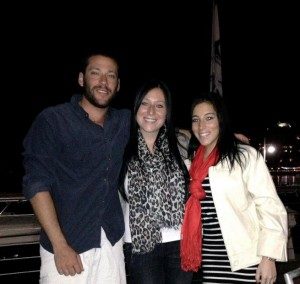 More than anything, Julia enjoys spending time with her family. 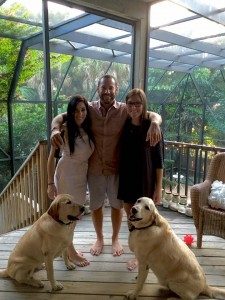 Speaking of siblings, we cant forget about Jake and Blue!