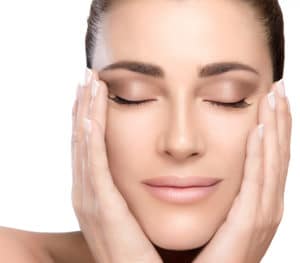 There is no single standard of beauty, but most people don’t include facial moles as a part of it. Maybe Cindy Crawford would disagree with that, but few others!

Human skin is known for its ability to grow a variety of what are called lesions. These consist of moles, freckles, skin tags, benign lentigines, and seborrheic keratoses. When they get in the way or make you self-conscious, Dr. Beaty uses his facial plastic surgery expertise to remove them with minimal or no visible scarring.

Moles aren’t only for your yard

Moles are a part of just about everyone’s skin — the average person has between 10 and 40 moles! Moles can grow anywhere on the skin and are usually brown or black. Most moles develop in early adulthood over the first 30 years of a person’s life.

Moles occur when melanocyte cells (responsible for skin color) grow in clusters rather than being spread throughout the skin. Due to their pigment relationship, some moles darken with sun exposure, during the hormonal teenage years, and during pregnancy.

Over time, those moles change. Some will develop hairs. Others will become more raised or change color. Others will disappear.

The most moles are simply hanging out and are harmless. Occasionally a mole changes color, height, size, or shape. That’s when you need to get it checked. Cancerous growths also usually form after age 30, while moles usually form well before then.

It is rare for a mole to turn into melanoma, the most dangerous form of skin cancer. However, people with more than 50 miles are more likely to develop melanoma. Plus, in sunny Georgia, it’s always a good idea to stay alert for melanoma, even with your moles!

These are warning signs with moles:

If you have any of the above warning signs, or if your mole is simply becoming an irritation (such as on your bra strap line), call Dr. Beaty at 678-374-6372. He can remove it quickly and easily.