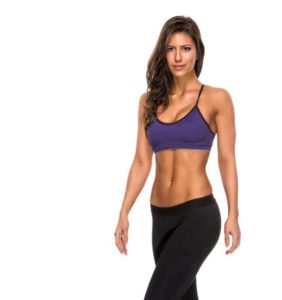 We all want a slimmer contour. It’s just that most of us either don’t have the time or the perseverance to get there. We all know that the goal of most exercises and workout regimens is to contract the muscles we want to strengthen and firm. The more we can contract these targeted muscles, the stronger they will become and the leaner our contour.

OK, that’s not very realistic…unless you’re utilizing the newest treatment at Dr. Beaty’s — CoolTone. CoolTone uses electromagnetic energy to stimulate muscle contractions in the targeted muscles. It is so efficient that it achieves the roughly 20,000 contractions in a half hour. That creates muscle definition, strength, and bulk.

CoolTone is a new non-invasive treatment from the same folks behind CoolSculpting. CoolTone is a noninvasive treatment that strengthens and builds muscle tone by delivering Magnetic Muscle Stimulation (MMS) to the area. This energy induces involuntary muscle contractions and tones and defines the muscles and appearance in the abdomen, buttocks, thighs, and arm areas.

We’re very familiar with CoolTone around here. Dr. Beaty’s practice was one of the only beta test sites for CoolTone. We got to see its impressive results before anyone had even heard of the new treatment.

Is this related to CoolSculpting?

The people who are behind CoolSculpting have developed CoolTone, but the only similarity really is the “cool” in the title. CoolSculpting is the world’s most popular body-contouring procedure. It uses controlled cooling delivered down into the treatment areas. The cooling is set to the temperature at which fat cells freeze and die, but these temperatures don’t harm the adjacent skin and muscle tissue cells. The fat cells freeze, and the body then passes them out through the lymphatic system over the course of the next few weeks after the treatment. CoolSculpting delivers proven fat reduction — it eliminates 24 percent of the fat cells in the treatment areas. CoolSculpting is a fat reduction procedure.

CoolTone is made by Allergan, the same company that now owns CoolSculpting. That explains the similar name. CoolTone does not involve cooling in any way, however. Instead, CoolTone uses electromagnetic energy that passes through skin and fat layers and targets the muscles beneath. This electromagnetic energy induces tens of thousands of involuntary muscle contractions in these muscles, far more than could be achieved with exercise. These muscle contractions tone and build muscle fiber. This sculpts and firms the treatment areas. CoolTone is a muscle-toning treatment, not a fat reduction treatment like CoolSculpting.

We’ve had many patients combine CoolTone with CoolSculpting. They aren’t done at the same time, but patients have CoolSculpting done on an area to freeze and remove about a quarter of the fat cells. Then they have CoolTone immediately after their CoolSculpting session. CoolTone’s MMS energy penetrates through the skin and fat to reach the targeted muscles. CoolTone’s contractions will restructure the muscle fibers so as the fat cells are reduced, muscle tone will be that much more visible. How Cool is that?